Skip to content
Cart
free shipping on domestic orders over $100 - standard shipping $10 Australia wide
Our warehouse will be closed 20th December through 2nd January for the holidays! 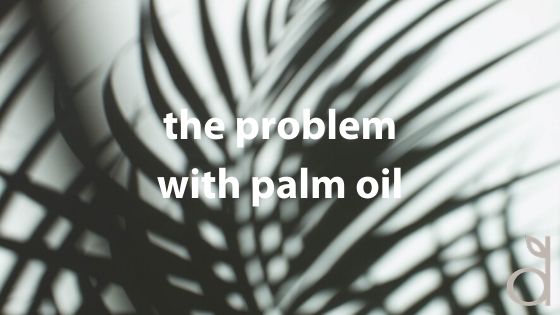 what is palm oil and what is it used for?

If you tried living for just one day without using palm oil you'd realise just how difficult that would be. These days palm oil is commonly found in nearly all processed foods, the majority of skincare products and cosmetics (even natural skincare products that call themselves 'vegan', 'organic' or 'cruelty free') and is even used in clothing production, animal feed and bio fuel production!

But what is palm oil? Palm oil is simply a vegetable oil that is produced from the palm fruit harvested from two types of palm trees, most commonly the African Oil Palm but in lesser quantities than the American Oil Palm.   Palm oil is a versatile plant oil that is cheap to produce and can be used across a range of industries.

This vegetable oil has become so widely used because it is cheaper to produce and delivers a much higher yield of oil far quicker than other oil producing plants/trees like soy, sunflower, canola oil etc.  It's also a very versatile oil in the manufacturing industry; it is healthier than other vegetable oils, can be used as soap bases for a range of home and body products and has a perfect melting point for the cosmetics industry. 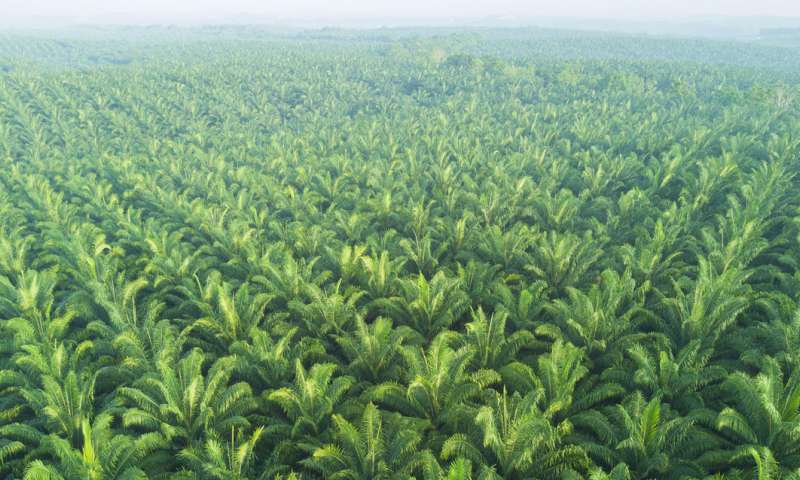 why is palm oil so bad for the environment?

Palm oil trees grow naturally across many tropical rain forest areas, however it's the unsustainable way that humans have been farming these trees that is having such a devastating effect on the environment on a local and global scale.

The palm oil industry is having a huge impact on native flora and fauna in the rain forests of Asia, in particular Indonesia and Malaysia. These swathes of tree plantations represent a humongous loss of bio diversity, threatening hundreds of the world's critically endangered animal species including but not limited to Sumatran and Bornean Orangutans (check out the amazing conservation work the Orangutan Alliance do, here!).

The environmental effects are not just limited to the local area however.  Have you ever heard that rain forests are the 'lungs' of our planet? This saying is actually very accurate. The bulk of our earth's carbon on land is locked up in the soil and trees of old growth rain forests.  These forests are our worlds most efficient carbon absorbers, so when deforestation occurs not only is a huge amount of carbon released from the trees and soil during the deforestation process but we also lose the ability to absorb that carbon and any future carbon released.

'Tropical deforestation accounts for 15% of our earths total global warming pollution yearly, which is more than all cars, trucks and planes combined!' - Orangutan Alliance / Friends Of The Earth

Consequently the huge demand for palm oil is not only resulting in a dramatic loss of important ecosystems for endangered species of plants and animals but it's also having a catastrophic effect on our battle to reduce our climate impact, resulting in rising temperatures and the threat of life for all species on earth.

how can we take action?

We believe that education is always the first step, many people do not know what palm oil is or why it is so detrimental to our planet. Sharing articles like this one with friends and family who may be interested is a great first step.

We should also never underestimate our power as a 'consumer', we advocate with our dollar! Switching to products that are 'palm oil free' or even better are 'palm oil free certified' with an accredited organisation can have a huge impact.

Here at Dindi Naturals we can now proudly say that all of our natural skincare products natural body products are 100% palm oil free! As a business it takes a lot of time and energy to source natural ingredients that are guaranteed palm oil free, however we feel that it's of paramount importance that we provide our community of eco-minded customers with an alternative solution.  We've chosen to go one step further and are working with Orangutan Alliance, to have each of our products accredited as 'palm oil free certified'!  You can find out about the wonderful work that Orangutan Alliance are doing at https://orangutanalliance.org/

Consider switching your natural skincare products and natural body products to our earth-friendly palm oil free and cruelty free alternatives, shop our entire range on our retail website or in store at our Mornington and Yarck store fronts! 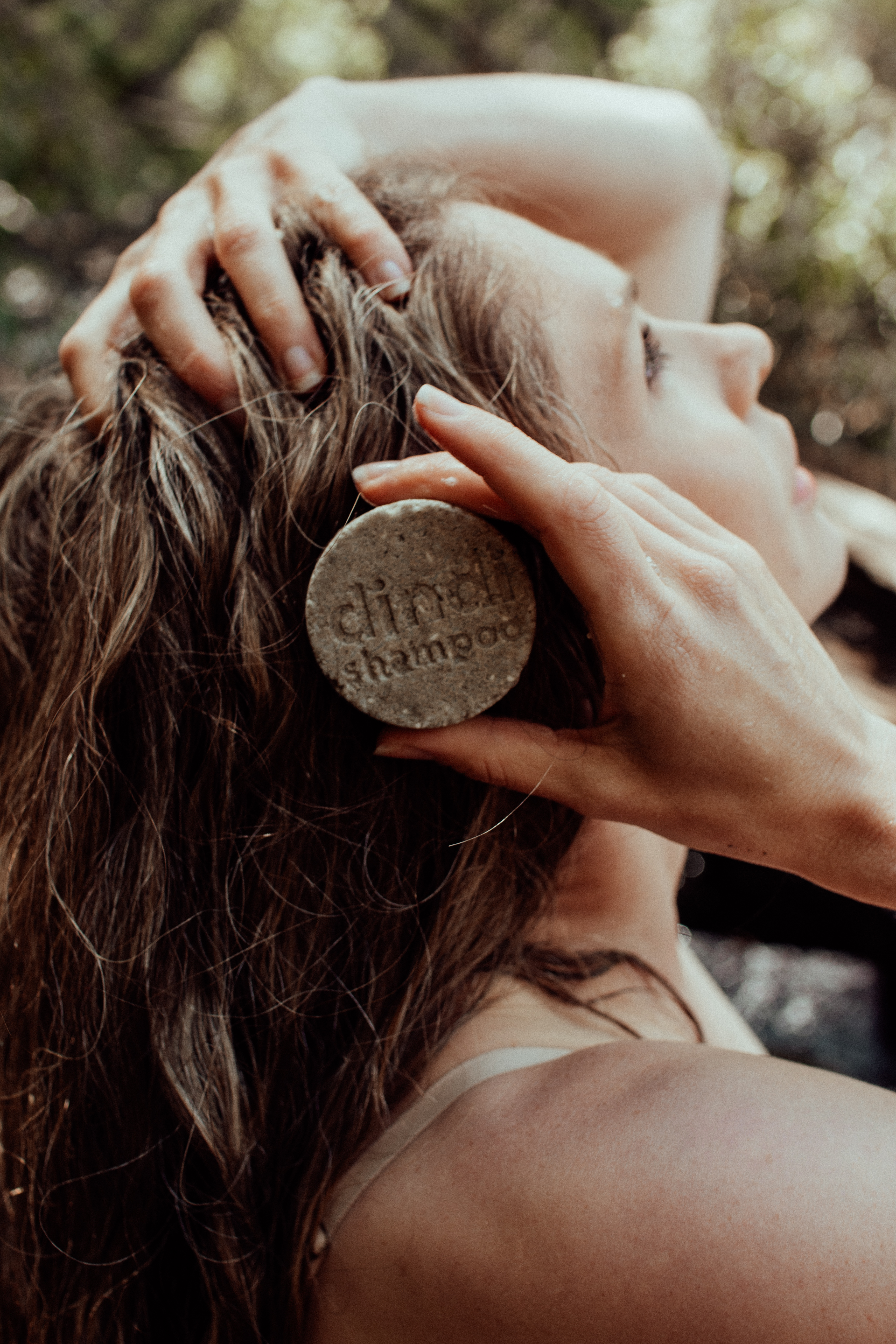 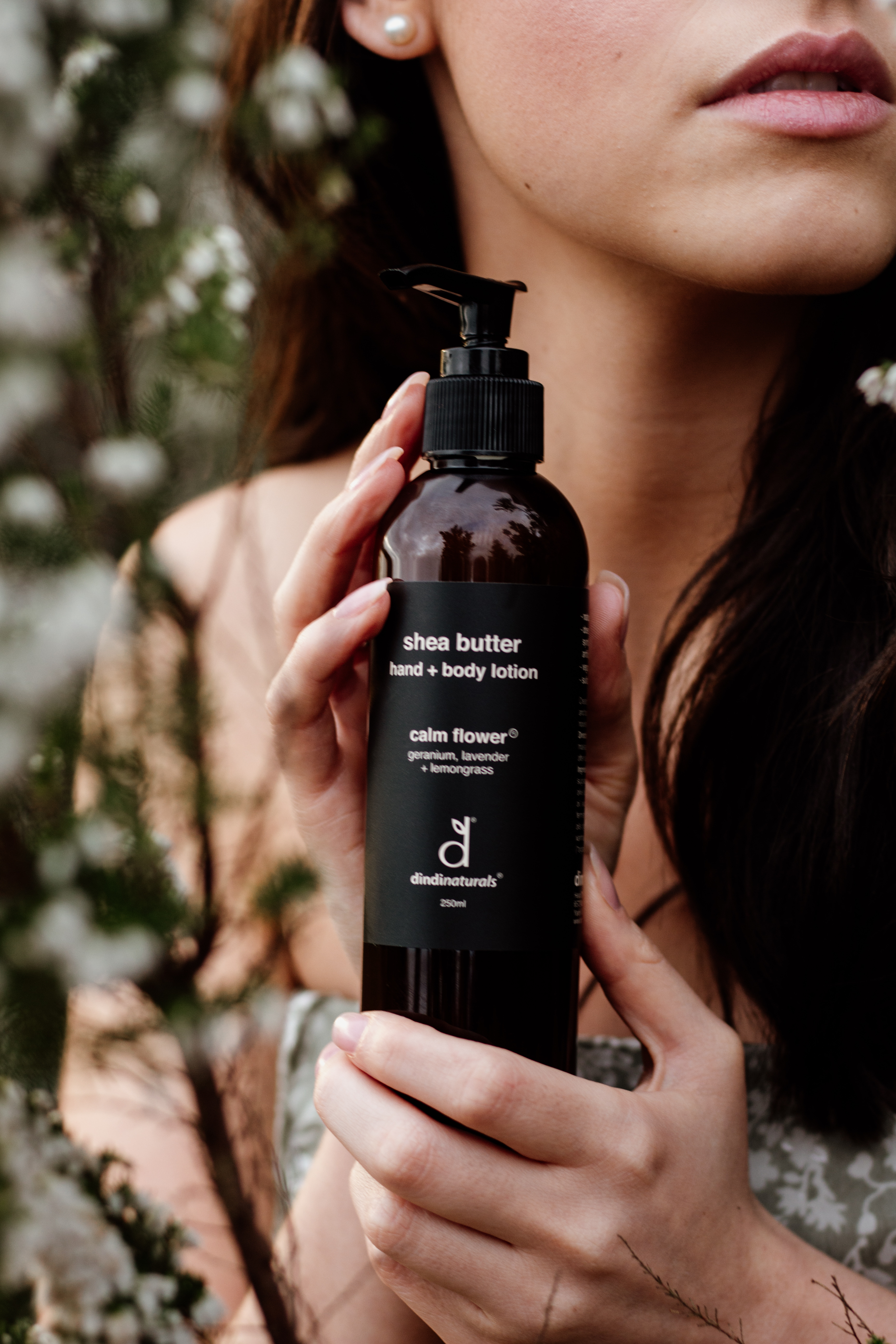 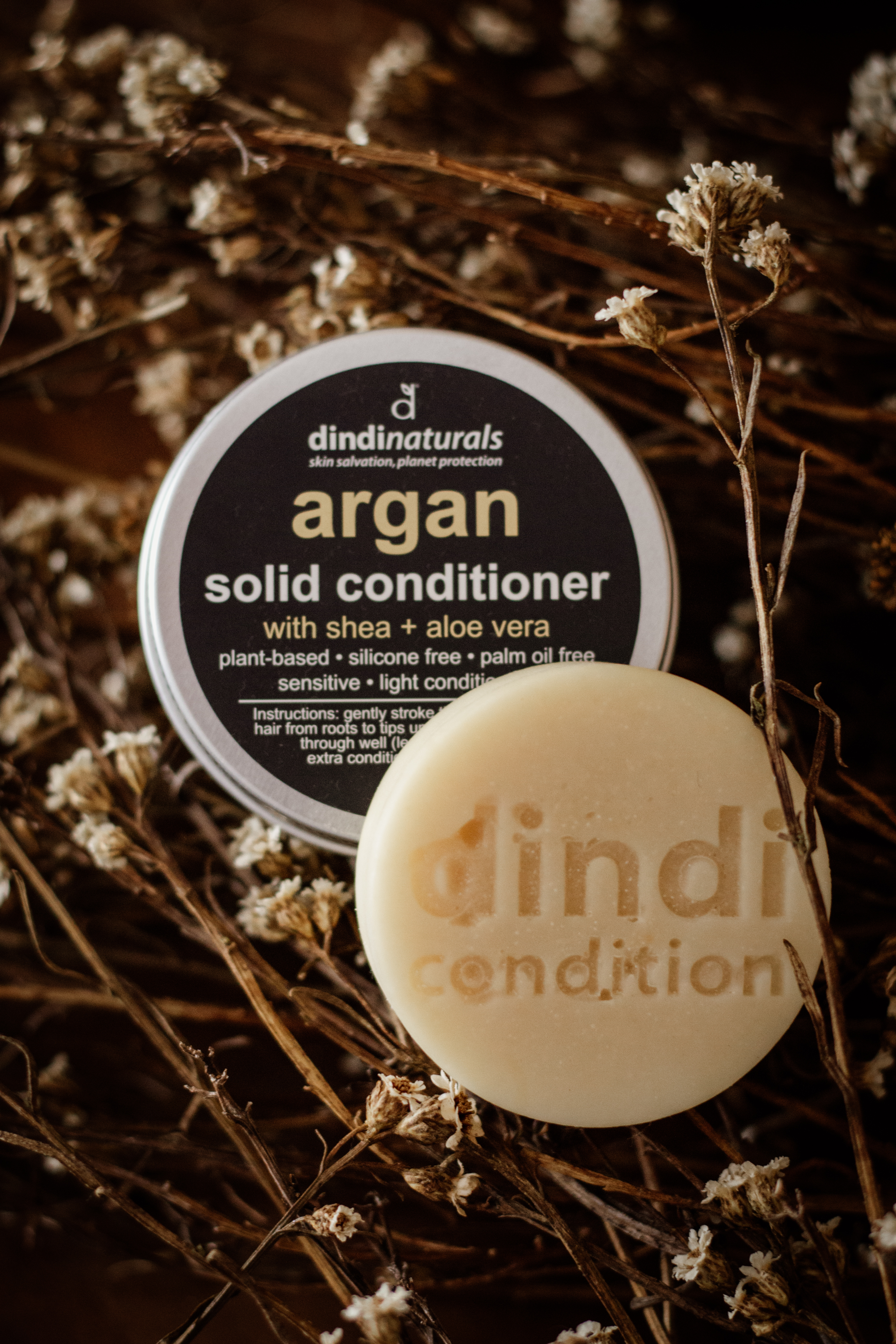 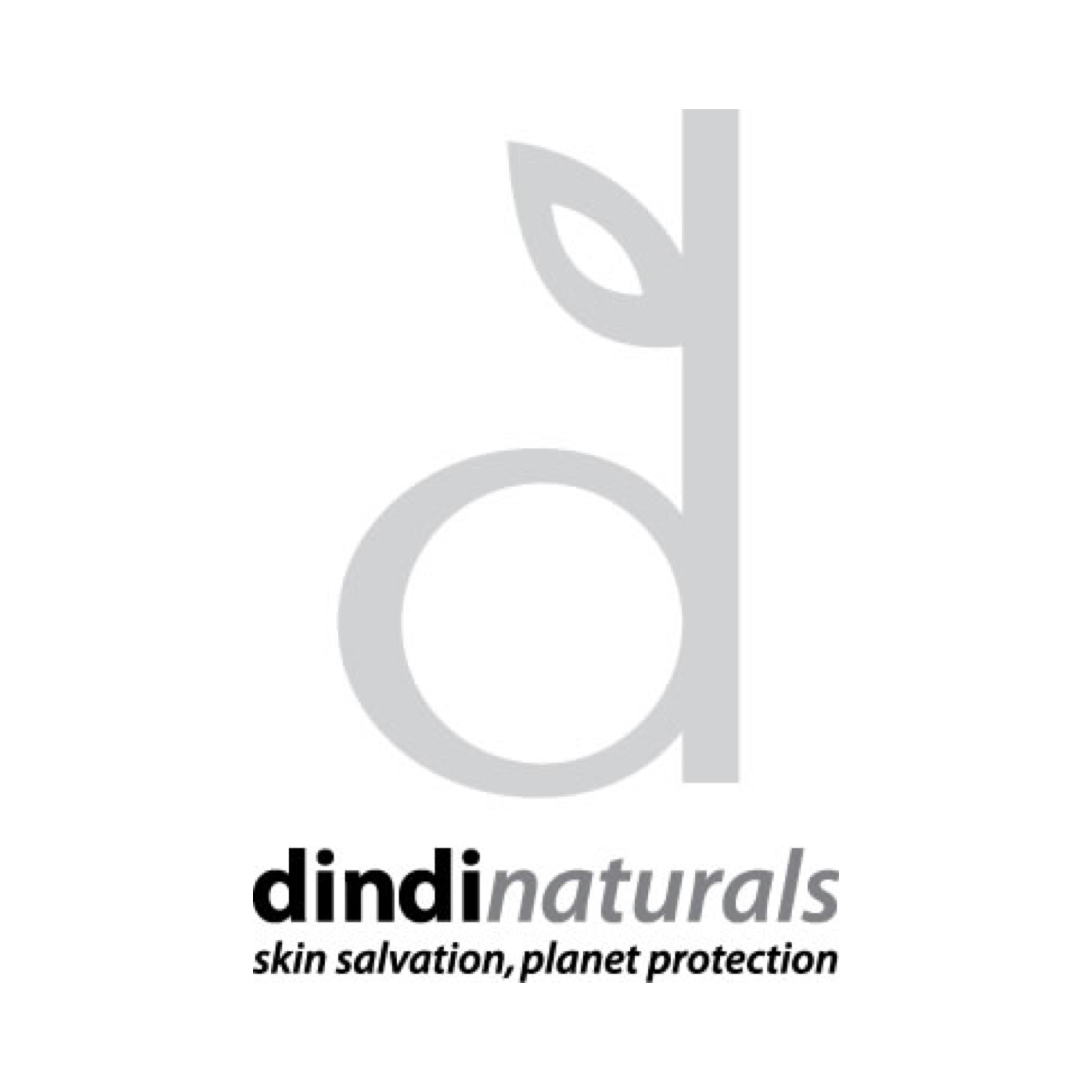